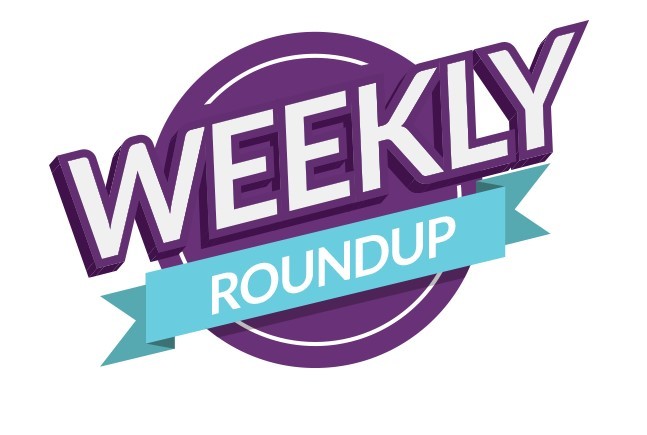 Welcome to CyberCoders' Weekly Roundup! Every week, we handpick the top five stories from around the web that offer great insight into hiring in the tech industry.

1. What Industries are the First to Introduce Wearables at Work? [Fast Company]

Some companies hand out FitBits (or other health trackers) to boost health, camaraderie and overall well-being of their team. You'd be surprised how effective this can be for morale and team building.

“It's an easy way to start up a conversation with someone, asking them how many steps they've got,” says Jordheim, who works out of BP’s headquarters in Alaska as the administrator to the vice president of the Global Wells Organization. “It's a great bond builder between us. It builds camaraderie, and it’s something all BP employees now have in common.”

Warehouses and service industries are already coming out with wearable technology to replace existing safety goggles with other smart glasses. Folks at the Heathrow airport actually like wearing Google Glasses the best, according to this article.

2. Don’t Tell Designers How to Do Their Jobs [The Next Web]

Here's a comedic video demonstrating why you should just let designers do their jobs.

Client: "I think the whole width should be 1776 cm in order to represent the influence that our founding fathers have had on me as a leader. I don't want it to have any straight lines...there's no straight lines in nature. Let's be organic...let's be curvy."

3. Meet the Man Who Founded Ello After Selling a $35K Pair of Pants [WIRED]

Ello founder and CEO Paul Budnitz is breaking barriers as the leader of the anti-Facebook movement. He even wrote an anti-Facebook manifesto from a company office!

Budnitz was a programmer before switching to art and design.

After switching to fine arts midway through his undergraduate degree, he spent time selling silk-screened shirts, and then importing vintage clothes to China. He once sold a $35,000 pair of 25-foot-long Levis, specially designed for a circus stilt-walker, to a Japanese collector.

Bostonians are saying there needs to be more regulation to prevent community disruption. They're not into the whole shared commodity businesses.

"Now the City Council is considering restrictions on ride-sharing services like Uber, Lyft and Sidecar and lodging websites like Airbnb, HomeAway and FlipKey, which allow users to book short-term stays in private residences."

The project team at LinkedIn scrapped their first in-progress app in Objective-C code when Swift was released. In three months, they were able to launch this app completely.

“Swift’s size class allows you to customize the way things scale. It’s like Auto Layout on steroids,” Project Lead Andri Heiðar Kristinsson said, referencing Apple’s system for scaling apps. “It sounds simple but for an app with presentations that have multiple ratios, size classes made that beautiful on every device.”