The Biggest Tech Trends to Look Forward to in 2022 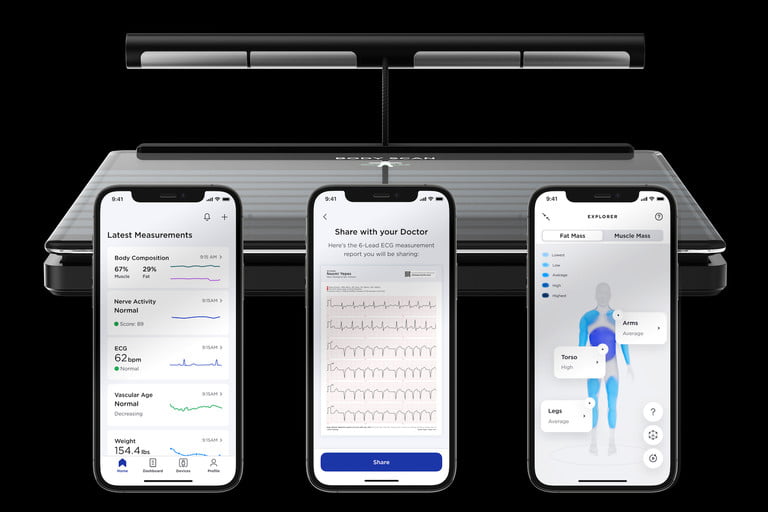 CES, the largest consumer electronics tech show in the country, takes place in Las Vegas each January, unless of course, there’s a major pandemic raging through the country. Last year’s show went all virtual, as did most of the conferences and trade shows that weren’t cancelled altogether.

This year the CTA, which puts on CES, was hoping to have an in-person event, but the Omicron variant of Covid-19 had other plans. Many of the larger companies like Google, Microsoft, Amazon and Intel pulled out of the show in the weeks leading up to the event, causing lots of worry and speculation about whether the show would be relevant at all. Most major media outlets opted to cover it virtually as well.

I attended the show in person and while the 40,000 total attendees were a fraction of the usual 180,000 visitors and over 4,000 brands, the lack of crowds made it a lot easier to see and talk with the 2,200 brands that exhibited in person. Covid safety protocols were strictly adhered to, with vaccines and masks mandatory for every visitor. I actually felt safer in the confines of the huge trade show than I did in the local Walgreens where many Las Vegas residents chose to ignore the indoor mask mandate.

Based on what I saw at the show and from virtual briefings with those companies that weren’t there, here are the biggest tech trends to look forward to in 2022.

There was a lot of buzz about the Metaverse at CES. Companies are racing to stake out their corner of the virtual universe, imagining worlds where our avatars will meet in real-time and have real experiences. MeetKai, a conversational AI company, is working on an immersive and ever-changing multiverse where wellness, fitness and entertainment experiences take place. Also contributing to the Metaverse buzz were Touchcast and Omniscape.

Other companies like Roblox, Nvidia and Microsoft have big plans for this future world of AI-generated content as well. Microsoft CEO Satya Nadella has said the company is working to build an "enterprise metaverse" as the digital and physical worlds converge in its offerings.

Meta, previously named Facebook, now wants to be known as a metaverse company, not a social media platform, and has been investing funds and resources in augmented and virtual reality. Meta owns Oculus Virtual Reality headsets which are currently the market leader, but other companies are planning a push into the virtual world so we can expect to see a spike in demand in virtual reality gear.

The CTA estimates the growing interest in the metaverse will see revenues for virtual reality eyewear rise from $774 million to nearly $1.3 billion, a 66% increase.

We got a look at some of the upcoming virtual reality gear at the show, with Sony announcing its new PlayStation VR 2 headset and VR2 Sense controller at the show, both promising immersive experiences. Using the headset and controllers with the PS5, players will experience what Sony calls next-gen high-fidelity visuals, new sensory features, and enhanced tracking – along with a simplified single-cord setup.

HTC unveiled its Vive wrist-based controller for the Vive Focus 3 virtual reality headset. It’s designed to work with the headset for simulation and training purposes in the enterprise world.

AUTOMAKERS RAMP UP THE TECH

Auto tech has become a huge part of CES and seeing the concept cars is one of my favorite parts of the show. Despite many car companies pulling out this year, we got a good look at the direction the auto industry is traveling.

John Deere unveiled a self-driving tractor that uses AI to do its job, and companies rolled out their visions for the electric vehicles of the future, including the new, all-electric Chevy Silverado EV  captured everyone’s attention. Mercedes-Benz showed off its Vision EQXX electric car, which it called a “blueprint for the future of automotive engineering.”

The announcement that generated the most buzz at CES was BMW’s electric iX concept car that’s capable of changing color. The iX Flow Featuring E Ink concept is covered in a special wrap that can change colors with the push of a button. Here’s how it works: BMW coated the skin of the car with the same E ink technology you see in e-readers, like the Kindle. When it gets an electric charge, the different pigment color rises to the surface, changing the color of the car from black to white and back again. The idea is to use color and harness the power of the sun to warm and cool your vehicle. In warm weather, having a white car helps reflect some of the sun’s heat, reducing how much AC you need to use to cool it, and in colder weather when it gets cold, switch it to black to absorb the heat.

Samsung already has foldable smartphones on the market and Lenovo launched its ThinkPad X1 Fold at CES 2020 but this year the offerings were more plentiful – and flexible.

Asus announced the Zenbook 17 Fold, a 17.3 inch OLED tablet that will be available to consumers later this year. The screen folds to transform it into a 12.5-inch Windows laptop that you can use with an included Bluetooth keyboard or on-screen keyboard, much like the smaller X1 Fold.

Samsung showed off some display concepts that give us a glimpse into the future potential of mobile devices. The Flex S is a foldable device that stretches open to display a triple-wide screen and the Flex G folds into itself to protect the screen, while still allowing you to see important data.

These concepts may never make it to market, but they do show us what’s possible and what we might see in the future. You can see videos of all these devices in action here.

After spending the last two years at home, we’ve figured out how to do a lot for ourselves. Now tech companies are shipping products that will help us take care of our health and wellness at home as well.

Withings showed off the Body Scan scale which, in addition to providing your weight, your body composition (fat, muscle, and water) and measuring your heart rate, will also give you a full ECG and assess your nerve activity.

L’oreal is making it easier to color your own hair at home with the Colorsonic, an electronic handheld device that takes all of the worry, guesswork, and mess out of the process. Sengled is making its smart lightbulbs more helpful in the house. They announced the Smart Health Monitoring Light, a bulb with built-in health monitoring technology, along with Wi-Fi and Bluetooth Mesh dual chips. The bulb can track your heart rate, body temperature, as well as your sleep patterns. Using bulbs throughout the house, it can determine if someone has fallen and can send for help.

Other Articles Written By Andrea Smith
Top Tech Certifications in 2022
The Rivalry Between Tech Companies Means Increased Hiring Incentives
The Most Successful "Why Should We Hire You?" Responses
JobAlerts
Sign up now and we'll deliver fresh jobs right to your inbox!
Sign Up

Career Advice
Career Advice
How to Find a New Job While Still Employed
By Chris Freyer - April 27th, 2022
April 27th, 2022
Whatever your reasons are for getting out of your current job, you have to make sure you quit when you’re ready—and you don’t get fired prematurely because your boss found out you’re looking elsewhere...
Read more →
How to Find a New Job While Still Employed
Career Advice
Job Interview Help
Job Interview Help
Top 7 Construction Superintendent Interview Questions
By John Ternieden - April 22nd, 2022
April 22nd, 2022
Whether you are the one conducting the interview, or the one being interviewed in the pursuit of a superintendent construction job, the overall process can be stressful.  And one of the most stressful...
Read more →
Top 7 Construction Superintendent Interview Questions
Job Interview Help
Resume Tips
Resume Tips
Must-Have Skills for an Electrical Engineer Resume
By John Ternieden - April 15th, 2022
April 15th, 2022
According to a recent report by the U.S. Bureau of Labor Statistics , the overall employment of electrical and electronics engineers in this country is projected to grow seven percent from 2020 to 20...
Read more →
Must-Have Skills for an Electrical Engineer Resume
Resume Tips