Despite the global pandemic and uncertainty about the economy, it’s a really good time to be a talented tech worker. There has consistently been more of a demand for tech talent than there are qualified candidates and companies are having to do more to hire and retain skilled employees.

A recent survey of IT professionals found a third of those who responded plan to switch jobs in the coming months, seeking a better salary and more opportunities for advancement. They’re also realizing that as remote work becomes the norm, they can pick and choose from jobs in other geographical locations.

As companies shift to remote work experience and build out their IT infrastructure, there’s more demand for qualified employees in those fields, such as software developers, IT support specialists, and systems engineers. In June, employers posted more than 365,000 job openings for IT workers, the highest monthly total since September 2019, according to IT trade group CompTIA.

According to Tim Herbert, CompTIA’s executive vice president for research and market intelligence, “employers have been unable to fill these positions in recent months, a sign that many qualified workers are holding out for other opportunities.”

That’s great news for those with experience in engineering, cloud computing, data analytics, and cybersecurity as well as those just starting out. “Workers seeking new career advancement opportunities is a healthy sign of a dynamic labor market,” he said. “Those moving into new positions create opportunities for others looking to break into the IT field.”

All this places the employee in the driver’s seat when it comes to hiring. Candidates are negotiating higher salaries, remote work options, benefits packages and can pick and choose the companies they not only want to work for but ones they believe in.

Rishon Blumberg, co-founder of 10x Ascend, a company that negotiates compensation packages on behalf of senior tech leaders told CNBC a company’s mission is right up there with salary in terms of importance.

“Most frequently, we’re seeing people taking a lower offer if the project they get to work on aligns more with their own goals,” Blumberg said. That means companies should invest in developing their employer brand, he said. “Considering workers want to join a company whose values they believe in, employers may want to maintain a high standard of conducting business, representing themselves and adding value with their products.”

Adding value and the company’s mission are deciding factors for many tech candidates these days. Steve Henshaw, Talent Acquisition specialist with ICS.AI tells us “Obviously the financial package plays a big part, both in terms of the base but also that ability to share in a company’s success. On top of that the tech itself – is it something that’s interesting to work on? Will it have a real-world impact, or will it just line my employer’s pockets? On top of that it’s the environment – will they feel recognized and empowered, or will they simply be another coder?” What are companies doing to attract top tech talent? For one thing, some are starting to change their recruiting and hiring practices: streamlining and speeding up the process.

“The interview has evolved, from a 3 or 4 stage, drawn-out process with a strong focus on “why should we hire you” to a typically shorter, quicker, and less prep heavy process focusing on applied knowledge in the here and now (live coding, code run-throughs, etc.) Henshaw explains. “It’s a race against any number of other companies your candidate may be speaking with, and as such, it’s about testing prospective employees properly, whilst not asking the world of people before they’ve even had the chance to get engaged.”

Companies are also looking at expanding the hiring pool and creating their own tech talent. Capital One offers internal training and reskilling programs, along with a six-month intensive training program in computer coding for college graduates who don’t have computer science degrees, Diane Lye, executive vice president and CIO of card technology told the Wall Street Journal.

More than 300 full-time technology workers at Capital One have gone through the computer coding training program, which currently has 100 participants, she said. “The days of four years of school and you’re done are in the past.”

Other Articles Written By Andrea Smith
Top Tech Certifications in 2022
The Biggest Tech Trends to Look Forward to in 2022
The Most Successful "Why Should We Hire You?" Responses
JobAlerts
Sign up now and we'll deliver fresh jobs right to your inbox!
Sign Up

Career Advice
Career Advice
Virtual Meeting Etiquette
By Chris Freyer - June 14th, 2022
June 14th, 2022
As the world emerged from the worst of the pandemic and offices started opening up again, employers realized that many employees weren’t all that interested in returning to the old normal. After an ad...
Read more →
Virtual Meeting Etiquette
Career Advice
Job Interview Help
Job Interview Help
How to Answer “Tell Me About Yourself” in an Interview
By John Ternieden - June 7th, 2022
June 7th, 2022
What do first dates and job interviews have in common besides worrying over what to wear? Easy, you are likely to encounter the question: Tell me about yourself? This article certainly is not positio...
Read more →
How to Answer “Tell Me About Yourself” in an Interview
Job Interview Help 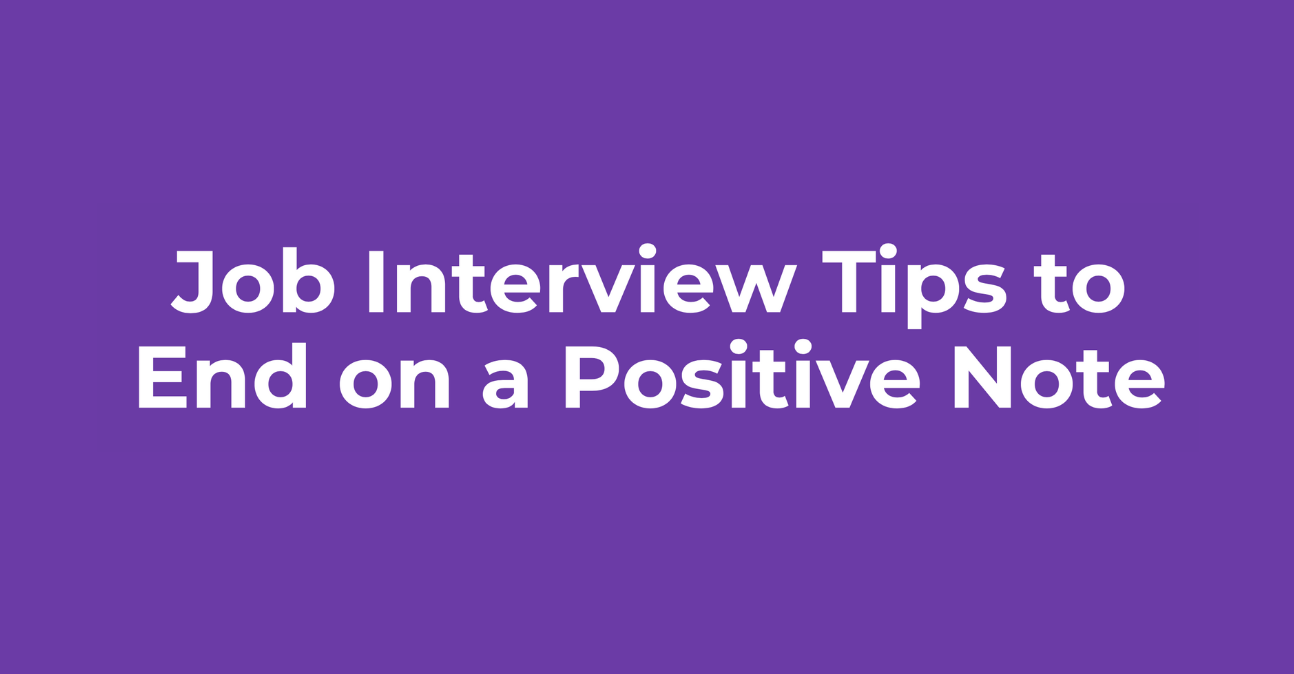