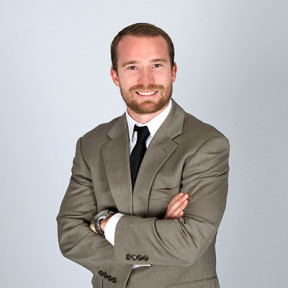 I started recruiting right out of college, and have been working within the industry for several years now. I enjoy working in the technology sector of recruiting because it allows me to stay close to cutting edge resources that will lead us into the future... Read more

I started recruiting right out of college, and have been working within the industry for several years now. I enjoy working in the technology sector of recruiting because it allows me to stay close to cutting edge resources that will lead us into the future. I have worked for a variety of different clients: natural resource based, renewable resource, entertainment, audio, and fiber optic access.

I graduated from Cal State University Fullerton with a B.S. in Business Management with an emphasis in Marketing. As an Orange County native I have taken full advantage of living in this area. I love to take long runs, playing a round of golf, and lounging by the pool with a good book.

My whole life I have been told that I am a people person. Trying to leave both a positive and memorable mark on everyone I encounter, from a potential client to the person standing next to me in line, I believe being good to those around you pays off in more than any monetary value.

Favorite Quote
“A reader lives a thousand lives before he dies. The man who never reads lives only one.”
When I was 10, I wanted to be
The second baseman for the formerly known Anaheim Angels.
Books I would suggest to a friend
Ishmael, Freakenomics, Rant, and The Songs of Ice and Fire series.
Favorite Sports Team (don't hold it against me!!)
Dallas Cowboys and Los Angeles Lakers
Favorite Movies
Pulp Fiction, Snatch, Happy Gilmore, The Dark Knight, Empire Strikes Back
Favorite Band or Songs
Pink Floyd, Led Zeppelin, The Black Keys, Queen, Creedence Clearwater Revival, X
What I like to do when NOT recruiting
I love to read, play golf, tend to my garden, eat at a new restaurant, and watch a game with some friends.
Coolest job on the planet
Weatherman in San Diego
Idea to make the world a better place
Make every community have a local aquaponics system.
Show more fun facts