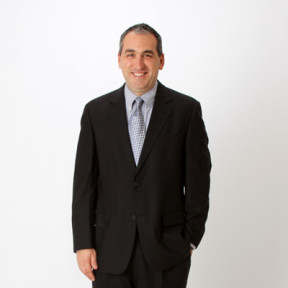 Loves to laugh with Family

I have been recruiting for 15 years now, starting in the San Jose/Bay Area as a software engineering recruiter. Over the years, I have branched out in just about all areas of engineering, including hardware, firmware, mechanical design, Manufacturing engineering... Read more

I have been recruiting for 15 years now, starting in the San Jose/Bay Area as a software engineering recruiter. Over the years, I have branched out in just about all areas of engineering, including hardware, firmware, mechanical design, Manufacturing engineering, Quality, etc. I also have had success with sales, finance, accounting and just about any other type of role you can imagine, but my heart is always in the engineering space, as I am always impressed how engineers can create something from nothing.....I secretly WISH I was an engineer, but for now, working with them and with engineering managers will have to suffice!

Favorite Quote
"If you don't have time to do it right, when will you have time to do it over?"  - John Wooden
When I was 10, I wanted to be
I wanted to be 16 years old, so I can drive! :)
Books I would suggest to a friend
If you have kids, read Dr. Seuss FOX IN SOX to them/with them on a nightly basis. It is a pretty hilarious tongue-twister, and if you get through it without laughing with your kids, you doing it wrong! :)
Favorite Pastime
Trying to keep up with my kids, who are geting bigger, faster and smarter, while I......am not.
Favorite Sports Team (don't hold it against me!!)
Seahawks, Baby! GO HAWKS
Favorite Movies
Jaws, Star Wars, any BIG movie from the 70's and 80's that I grew up with. They don't make em like that any more
Favorite Band or Songs
Too many to even list...It is tougher than listing the areas I like to recruit in. On ANY day, I'll take Otis Redding or Marvin Gaye though....you just can't beat either!
What I like to do when NOT recruiting
Family time, either riding bikes, hitting the beach, fishing, camping, soccer games with the kids, you name it....as long as my crew is with me, it doesn't matter!
Coolest job on the planet
My job isn't far off, but I would say professional hiker/ruins explorer might not be far off! :)
Idea to make the world a better place
Put everyone I can that is either unemployed or underemployed into their dream job, through me of course!
Show more fun facts