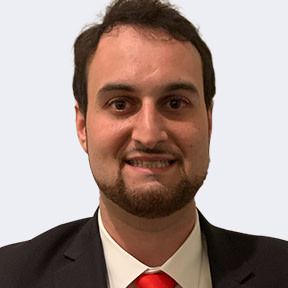 Coffee is for closers!

About Daniel I started my career in business and marketing after graduating from George Mason University with a B.S. In Marketing and have used my experiences both in the business and collegiate world to help develop and create new connections. I am very... Read more

About Daniel I started my career in business and marketing after graduating from George Mason University with a B.S. In Marketing and have used my experiences both in the business and collegiate world to help develop and create new connections. I am very passionate about IT infrastructure such as network engineering and system security and updating. I find that these two fields are always interconnected and that most professionals have hands on experience with both sides of infrastructure. I have had the chance to work with a variety of different industries in the IT field such as educational, health care, and public sector work with the federal government. My focus has always been on IT, but I occasionally have worked on more engineering related positions such as building engineers and fiber optic cable layers as well. After my experiences working with both the public and private sectors, and my knowledge of various infrastructure technologies and software development tools, I am able to bring a fresher look to recruiting and staffing.

Favorite Quote
“Every man's life ends the same way. It is only the details of how he lived and how he died that distinguish one man from another.” --Ernest Hemingway
When I was 10, I wanted to be
Anesthesiologist
Books I would suggest to a friend
Relic by Douglas Preston and Lincoln Child, Night by Elie Wiesel, One Flew Over the Cuckoo's Nest by Ken Kesey, Of Mice and Men by John Steinbeck,
Favorite Pastime
Playing video games and cooking
Favorite Sports Team (don't hold it against me!!)
Philadelphia Eagles
Favorite Movies
One Flew Over the Cuckoo's Nest, Saving Private Ryan, Inglorious Basterds, Django Unchained, The Green Mile, Cast Away
Favorite Band or Songs
Sublime, Foo Fighters, Queen, Billy Joel, Dirty Heads, Frank Sinatra
What I like to do when NOT recruiting
Biking, hiking, fishing, swimming, relaxing with friends
Coolest job on the planet
In my opinion, being a surgeon or a doctor. Putting people's lives in your hand and changing them for the better.
Idea to make the world a better place
Reduce wasted food in America by forcing or incentivize farms to donate unused produce to local food shelters and charities for those who cannot afford to feed themselves.
Show more fun facts