Beyond Email: 3 Innovative Communication Tools for Your Team

The way we communicate at work is changing as workplaces are evolving. With many companies using remote or off-site employees, it’s important to have a reliable way for everyone to communicate.

No one has time to read all that email and phone calls not only take too long, they’re seen by many as an intrusion into the work day. In fact, studies show that email actually stresses us out more than it makes us productive.

Some are free; others have premium features, like external integration with project management platforms. What they all have in common is the ability to bring together a remote team of workers to share ideas, conversation, files and much more.

As Rob Pegoraro, a freelance columnist for Yahoo Tech and USA Today says: “As a work-from-home freelancer, I’d feel a lot more isolated without them.”

With all the sharing and collaborating going on, some companies using Slack say internal emails have dropped by as much as 80 percent. Slack bills itself as “Team Communication for the 21st Century" and it’s experiencing rapid growth.

In fact, there were rumored reports the company is raising a new round of funding at a valuation of between $800 million and $1 billion, according to Tech Crunch.

Slack was founded by Stewart Butterfield, who you may remember as the founder of Flickr, which was sold to Yahoo for upwards of $20 million in 2004.

What sets Slack apart from the others is its ability to integrate external tools, such as Trello, a project management tool I rely on daily, as well as Google Drive, DropBox, Asana and a huge list of others that you can see here.

Sarah Silbert, Director of Marketing for Deeplink says she used HipChat (more on that below) at a previous job and, though they have similar functionality, she finds Slack's integration with Trello incredibly useful. “That's been really helpful for us in keeping track of what tasks have been completed in real time.”

Like the other platforms, it offers group chat and separate “rooms” or channels for team-specific topics. Perhaps part of your team needs to discuss long-term strategy, or is collaborating on a graphics project. They can literally “get a room” that enables topic-oriented group chat as well as share files, videos and images.

It's searchable--so you can call up a conversation on a recent topic, complete with files and folders that were associated with it.

Slack’s lite version is free to use with an unlimited number of people, but there is a 5GB limitation on storage. Standard and Plus paid versions offer more external integrations and storage, among other things.

When I asked Twitter users which work collaboration tool they prefer, most of the replies came back with HipChat.

Does your company use internal communications tools such as Campfire or Slack? Does it help cut down on internal emails?

HipChat came onto the scene in 2009, enabling group or individual messaging and real-time conversation and file-sharing from anywhere using any device (including Linux), thanks to their native apps.

It continues to focus on integration with other apps. Sure, you get some laughs and post a few fun GIF’s, but with group chat, you’re also cutting back on the amount of internal emails. Imagine if you no longer had to send an email to the team asking for info on a specific project.

From drag and drop file sharing to message notifications; it keeps you in the loop even when you’re not in the office.

Freelance columnist Rob Pegoraro says it enables “the kind of real-time banter you get and need in a newsroom, from “how do I do this?” exchanges to jokes about the people you encounter.

The Basic plan is free, a Plus plan with integrated screen sharing and video chat costs $2 per user per month. 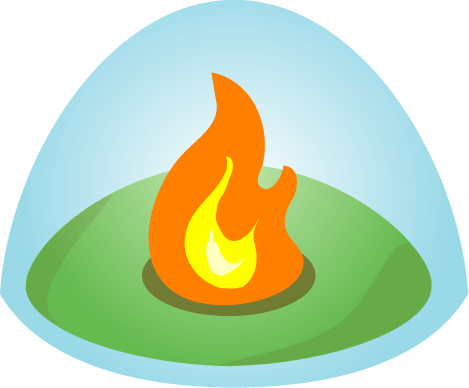 I used Campfire when I worked at a tech website and found it to be just that – the feeling of sitting around a campfire and letting everyone share their story.

Like the other tools mentioned, you can @message people directly in a chat or create task-oriented rooms for conversations not everyone has to see. However, there isn’t a search functionality and tight integration with project management tools, but you can also invite a client or vendor to join a password-protected chat for team collaboration.

Campfire offers a native iPhone app for mobile use and because it’s web-based, there’s nothing to install on your end. Basic plans for a team of 12 people start at $12 a month.

There are even more players in the group messaging field. You can also check out Yammer   which launched back in 2008 and was acquired by Microsoft in 2012, Hall, Cotap, Redbooth and more. Find the one that’s right for your team and start chatting.

Other Articles Written By Andrea Smith
Top Tech Certifications in 2022
The Biggest Tech Trends to Look Forward to in 2022
The Rivalry Between Tech Companies Means Increased Hiring Incentives
JobAlerts
Sign up now and we'll deliver fresh jobs right to your inbox!
Sign Up