5 Tips on Overcoming the Bias against Women in Tech 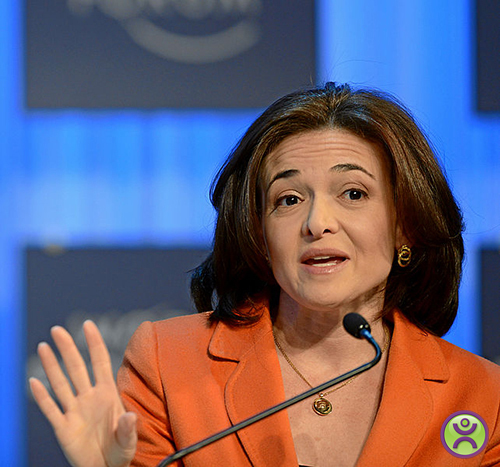 When Aliza Sherman started the first female-owned tech company in the early 90s, many people mistook her for a secretary.

Fast forward a couple decades, Sherman still sees both subtle and overt bias against women in her field.

"The companies getting funded are all male-founded and helmed or the keynotes at major tech conferences are all or very predominately male,” Sherman says.

Heddi Cundle, single, female founder of myTab, a social travel gift card startup, would certainly agree with Sherman. “If I had a male cofounder, then we’d have been funded by now,” she says, “And it’s been greatly insinuated that I get a tech cofounder, which everyone knows are predominately male.”

Still, it’s hard to deny that, “while women are beginning to take enormous strides in the entrepreneurial world, men clearly dominate the industry,” says Lori Cheek, founder of NYC’s startup Cheek’d, which has been lauded as the next generation of online dating.

To help women combat this gender disparity, we spoke with several successful women in tech about the best, most practical way to make it big in a male-dominated world:

The best way to earn respect is to—first and foremost—do incredible work. “I have even had clients when I was at a major agency ask to speak to my boss or overtly state a preference to work with a man,” says Courtney Herda, president of Smarter Searches. “But as soon as I developed successful campaigns and increased their ROI, I earned their respect.”

Muster as much self-confidence as you can to fight for your ideas. They might not truly hear you the first time, but persistence pays off. “If you push for new technology that’s reasonable at the right time, and you’re successful, they will see you in a different light as someone who truly cares about the product,” says Elizabeth Nguyen, CyberCoders product manager.

2. You are Far from Alone: Seek out Female Mentors & Colleagues

“The women who are in tech need to support other women, and encourage organizations like Girls Who Code to try to encourage more girls to enter the industry and learn about programming, development, digital marketing, and other digital media,” Herda says. It can feel isolating to be one of the few women working in a Boys Club.

Cheek would agree and finds that “the small network of women is extra supportive of one another – we stick together like a small army ready to conquer the world.”

There are so many great organizations out there specifically dedicated to helping women like you prosper. Check out Girls Who Code, Code.org and Tech Girlz to name a few.

Check out the full list of 10 Awesome Resources for Women in Tech.

Of course, there are two sides to every coin. Lorinda Brandon, software quality evangelist, has worked in the software industry for almost 30 years. Though she has encountered some sexist behavior along the way, “by and large, my experience in the industry has been one of shared respect and support,” she says.

In fact, she believes that since the sheer number of women in the industry is so low, what you might perceive as bias is actually a simple difference of opinion. “I think women often fall back on gender bias when they feel their viewpoints or input are not being given enough weight,” she says, “in reality, everyone encounters those situations at some point in their career.”

Likewise, Emma Moore, CEO of Fundamental, has been programming, designing and project managing for 14 years, and has rarely encountered gender inequality. “Sometimes, it would be initially perceived as such, but usually it’s a personality issue,” she says.

You might find that embracing the ratio can actually work in your favor. For instance, “it’s easy to stand out at events and I always joke that as a woman in the startup world, you never have to wait in line for the restroom,” Cheek says.

Plus, the Boys Club can be hypercompetitive. “Men don’t really see you as a big threat compared to their male colleagues,” Nguyen says. Being a woman, they’re willing to listen and help you more than their “true” competitors.

Likewise, Mimi Hoang, CyberCoders QA engineer, uses her soft spoken nature to her advantage. “Some guys appreciate the fact that we are willing to listen,” Hoang says. There’s an opportunity to build unique relationships men will value.

5. Keep in Mind that Men Often Have Different Communication Styles

In addition to doing great technical work, focusing on your communication skills can give you a leg up in the male-heavy tech world.

“Sometimes men want to solve issues on their own without collaborating,” Moore says. “That is a male characteristic at times and can hold up a project. Having a woman in the group programming can actually bridge that communication gap as she would be more likely to ask for another opinion.”

The bottom line: The fabulous news is that female tech communities and the “number of number of women investors,” are on the rise, says Jessica Jessup, cofounder of Giftovus. “But,” Jessup says, “there is a long way to go yet.”

The gender disparity is no reason for women to feel discouraged. If you’re a woman in tech, you’re part of a unique group of pioneers in your industry. We hope the words of wisdom in this article from women who successfully climbed the hurdle of gender disparity will encourage you to do amazing things!

Career Advice
Career Advice
How to Find a New Job While Still Employed
By Chris Freyer - April 27th, 2022
April 27th, 2022
Whatever your reasons are for getting out of your current job, you have to make sure you quit when you’re ready—and you don’t get fired prematurely because your boss found out you’re looking elsewhere...
Read more →
How to Find a New Job While Still Employed
Career Advice
Job Interview Help
Job Interview Help
Top 7 Construction Superintendent Interview Questions
By John Ternieden - April 22nd, 2022
April 22nd, 2022
Whether you are the one conducting the interview, or the one being interviewed in the pursuit of a superintendent construction job, the overall process can be stressful.  And one of the most stressful...
Read more →
Top 7 Construction Superintendent Interview Questions
Job Interview Help
Resume Tips
Resume Tips
Must-Have Skills for an Electrical Engineer Resume
By John Ternieden - April 15th, 2022
April 15th, 2022
According to a recent report by the U.S. Bureau of Labor Statistics , the overall employment of electrical and electronics engineers in this country is projected to grow seven percent from 2020 to 20...
Read more →
Must-Have Skills for an Electrical Engineer Resume
Resume Tips